What Is a VPN, and Why You Need One

VPNCENTER can help secure your web traffic against snoops, spies, and anyone else who wants to steal or monetize your data.

Problem: You’re unable to reach specific online outlets and services due to overzealous censorship in your home country.

Solution: Use VPNCENTER to mask your IP address, change your online location, and circumvent censorship filters.

Problem: You’re concerned about data collection and sharing between your broadband provider and their third-party partners.

Solution: Establish a VPNCENTER connection to conceal your activity from your online servicer and limit the information they can gather about you.

Problem: You’re streaming online media and want to do so privately and securely, without interference or snooping.

Solution: Use VPNCENTER to protect your online connection with encryption and prevent outsiders from spying on you.

Problem: Your internet experience is severely restrained by your location and you’re wrongfully denied access across the web.

Solution: Connect to one of VPNCENTER global servers to free yourself from the local limitations of your IP address and enjoy a truly World Wide Web. 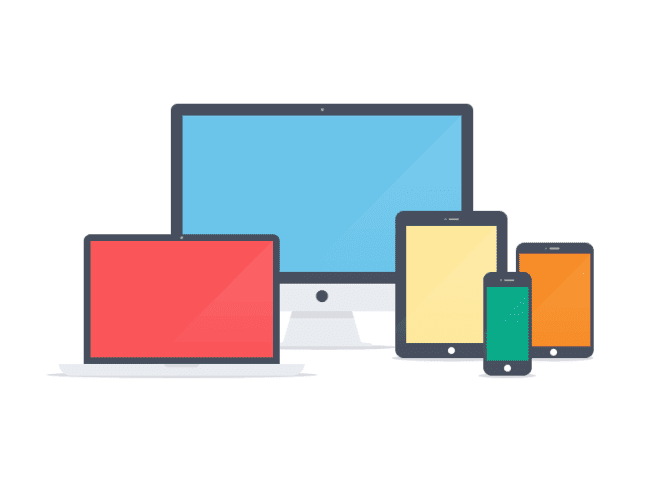 What Is a VPN, and How Does It Work?

When you switch it on, a VPN creates an encrypted tunnel between you and a remote server operated by a VPN service. All your internet traffic is routed through this tunnel, so your data is secure from prying eyes along the way. Because your traffic is exiting the VPN server, your computer appears to have the IP address of said server, masking your identity and location.

To understand the value of a VPN, it helps to think of some specific scenarios in which a VPN might be used. Consider the public Wi-Fi network, perhaps at a coffee shop or airport. Normally, you might connect without a second thought. But do you know who might be watching the traffic on that network? Can you even be sure the Wi-Fi network is legit, or might it operated by a thief who’s after your personal data? Think about the passwords, banking data, credit card numbers, and just plain private information that you transmit every time you go online.

If you connect to that same public Wi-Fi network using a VPN you can rest assured that no one on that network will be able to intercept your data—not other users snooping around for would-be victims, nor even the operators of the network itself. This last point is particularly important, and everyone should keep in mind that it’s very difficult to tell whether or not a Wi-Fi network is what it appears to be. Just because it’s called Starbucks_WiFi doesn’t mean it’s really owned by a well-known coffee purveyor.

When you’re at home, you don’t have to worry as much about someone spying on the Wi-Fi network because you own the network. But a VPN can help here, too. Your internet service provider (ISP) has enormous insight into what you do online, and, thanks to Congress, your ISP can sell anonymized data about its customers. That means the company you pay for internet access is making money off your data.

“ISPs are in a position to see a lot of what you do online. They kind of have to be, since they have to carry all of your traffic,” explains Electronic Frontier Foundation (EFF) senior staff technologist Jeremy Gillula. “Unfortunately, this means that preventing ISP tracking online is a lot harder than preventing other third-party tracking—you can’t just install [the EFF’s privacy-minded browser add-on] Privacy Badger or browse in incognito or private mode.”

While it is true that companies like Google and Facebook make money off your online behavior, you are not necessarilyforced to use those services. If you suddenly decided to stop using Facebook, you might miss out on cute pet pics and political rants from your friends and family, but you could still live a decent, perhaps better, life. You don’t always have that choice when it comes to your ISP, which controls your home’s gateway to the entirety of the internet.

While there are alternatives to Google and Facebook, most Americans have limited home ISP alternatives. Some areas, like the New York City neighborhood I live in, have only one ISP offering wired internet access. That makes recent changes that allow ISPs to sell data from their customers all the more troubling. It’s one thing to opt into a shady system, it’s quite another to have no choice in the matter.

Here’s another example: Let’s say you’re traveling abroad, and you fire up your browser only to discover that you can only visit localized versions of familiar websites. Maybe this just means a different Google doodle, but it can also mean that the language of the websites you visit is now unfamiliar, certain sites are inaccessible, and some streaming content is out of reach.

With a VPN, you can connect to a server in a different country and “spoof” your location. If you’re outside the US, you can VPN back to a familiar location and access the internet (mostly) as usual. You can also do it in reverse: from the comfort of your home, you can pop over to a far-away VPN server, perhaps to access streaming video unavailable in the US.

VPNs can also grant access to blocked websites. Some governments have decided that it is in their best interest to block certain websites from access by all members of the population. With a VPN, it’s possible to tunnel to a different country with more progressive policies, and access sites that would otherwise be blocked. And again, because VPNs encrypt web traffic, they help protect the identity of people who connect to the open internet in this way.

Do I Need a VPN On All My Devices?

Yes, you need a VPN on all your devices. For the most part, VPN clients are the same for both Windows and macOS. But that’s not always the case, and I have found marked performance differences depending on the platform. I have split out reviews of Mac VPN applications, in case you’re more into fruit than windows.

For mobile devices, the situation is a little thornier. Most companies offer VPN apps for Android and iPhones, which is great because we use these devices to connect to Wi-Fi all the time. VPNs don’t always play nice with cellular connections, but it takes some serious effort to intercept cellphone data. That being said, law enforcement or intelligence agencies may have an easier time gaining access to this data, or metadata, through connections with mobile carriers or by using specialized equipment.

Join over a million people

Holiday Special: Get vpncenter for Only $2.5 Per Month
َِDAY
Hour
Minute
Second
GET HOLIDAY DEAL